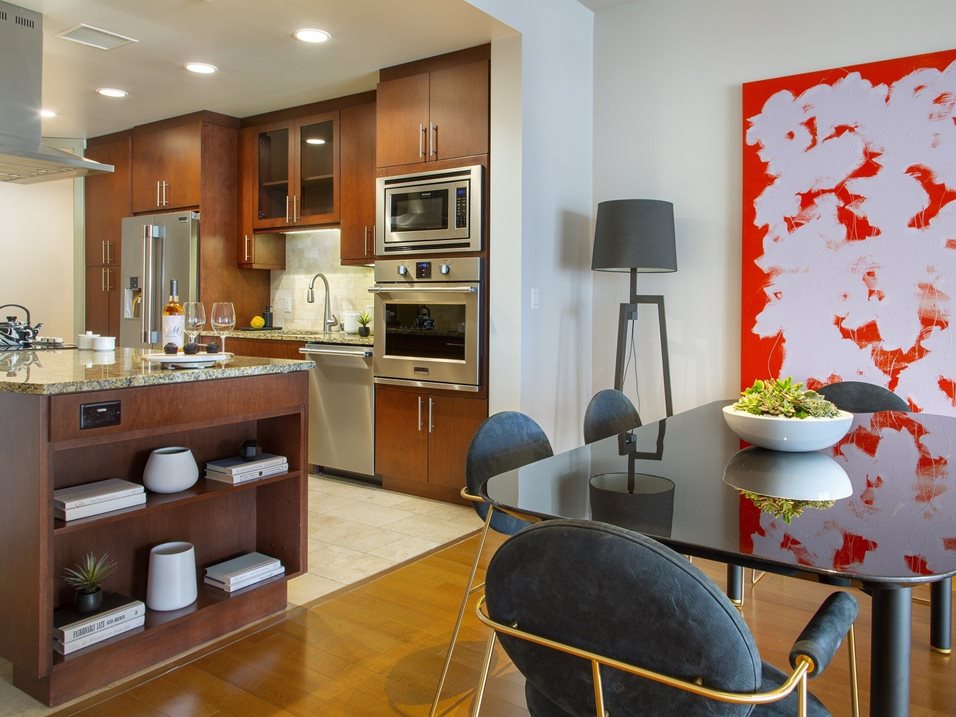 Living in West LA is an experience truly unlike any other.  It’s a place where colorful cultures collide, where business happens at the speed of light, and where there is more to do and see than you could possibly fit into one day. Find your West Los Angeles Apartments for Rent based on a specific area of the Westside that you prefer to live in. West Los Angeles’s general boundaries are the Santa Monica Freeway (I-10) on the south, and the borders with the neighborhoods of Century City (Century Park West) and Rancho Park on the west. The northern border of the portion of West L.A. that is east of the I-405 is Santa Monica Boulevard (north of which is Westwood). This part of the neighborhood is represented by the Westside Neighborhood Council, which it shares with Century City, Cheviot Hills, and Rancho Park. The northern border of the portion of West L.A. that is west of the I-405 is Wilshire Boulevard (north of which is Brentwood). The western border of the district is the city limits of Santa Monica. This part of West L.A. is represented by the West Los Angeles Neighborhood Council and is also called Sawtelle.

As with many portions of the Westside, West Los Angeles is an affluent vicinity. Its central setting has made it a hub of commercial development, with several high-rise office buildings along Olympic, Santa Monica, and Wilshire Boulevards. The region is comprised of a large number of Japanese-owned businesses. A satellite congregation of the Wilshire Boulevard Temple, one of the most prominent Reform Jewish congregations in Southern California, inhabits the northeast corner of Olympic and Barrington.

One of NMS’s prime West LA properties is NMS 1759 Luxury Apartments, which feature a wealth of fine amenities such as underground parking, a conference room with Wi-Fi access, a soothing Zen-like courtyard with water garden and complimentary Wi-Fi, as well as delivery concierge services.   From roomy one- and two-bedroom apartments to three-bedroom, townhome-style apartments, the luxury West Los Angeles apartments at NMS 1759 have a layout to fit all needs.  Since UCLA is just two miles away, the student commute will be a short one!

West LA leaves little to be desired when it comes to great shopping and dining. Take your friends out for a night on the town after eating at Plan Check or Louigi’s Italian kitchen.  Check out Little Osaka and all of its delicious and authentic Japanese cuisine!  Grab a bite to eat while you’re working or studying at Specialty’s Café and Baker, or visit Coffee Tomo for some unique bites and brews! Volcano Tea House offers up original teas and delicious finds to suit all tastes and preferences.  Shopping for your own delicious finds is a breeze at nearby Rex Bakery, Granada Market, Sam Sing, Westside Jr Market, Santa Monica Glatt Kosher, or Rose Market West!

To find the best West Los Angeles Apartments for rent, you can always begin your pursuit by checking out the internet or even the newspaper if you prefer. Once you’ve got an idea of who is renting, you will need to visit each property to know how they are maintained and to get to know the staff. Many apartments also have video tours or virtual tours that are available through their website. This is a great way to view a property in its entirety if you are finding something to rent and happen to be out of the state, or even out of the country. In some cases, you can complete the entire rental process from a different location.